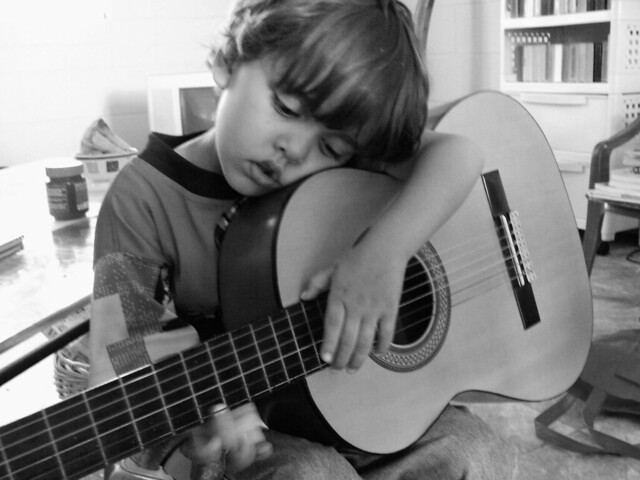 The world is ringin’ out its questions
why, oh why’s a piece of land
or your religion
something to kill or die for
and why are people so quick
to tie their fate to
those noose of hate?

From The Fruit Blog by Ed Holliston

Frequent readers of this blog know a big chunk of time here is spent discussing the world’s great problems, as well as the moral and spiritual changes we need to make to meet those problems head on. Oftentimes this exercise gets to be a downer, mostly because it serves as a reminder of just how daunting those problems truly are.

What’s particularly difficult is to get a sense of whether or not things are getting better or getting worse. I found some new perspective on this recently in an unexpected place, when, while sorting through a box of old books, I found the comic book V For Vendetta and opened it up to its preface:

My youngest daughter is seven and the tabloid press are circulating the idea of concentration camps for persons with AIDS. The new riot police wear wear black visors, as do their horses, and their vans…

The infinite, graceful arcs
circumambulating the center,
calling out their love for
their heart; so divisible
in the whole to the whole,
the total where you are from
and where you will go—
To God that I was so perfect!

The 360° in a circle is evenly divisible by many numbers, nine out of the first ten, for example. (The exception is seven.) But it is the perfection of the circle surrounding it’s focal point that attracts me to it as a metaphor.

Thank you for reading The circle. I sincerely hope you have enjoyed it and I humbly appreciate your visiting the Book of Pain. As always, I look forward to your comments.

© 2013 by John Etheridge; all rights reserved. This poem and accompanying notes are licensed under the Creative Commons Attribution-Noncommercial-No Derivative Works 3.0 Unported License. This applies to all original work found on this…

For those of us who feel unable to do more and perhaps even more so for those affected by or seeking to change the darkness of the current condition of the world, and especially on this day for those in France struggling to come to terms with what has happened, this prayer seems especially appropriate.

God, my God!  Thou seest how black darkness is enshrouding all regions, how all countries are burning with the flame of dissension, and the fire of war and carnage is blazing throughout the East and the West.  Blood is flowing, corpses bestrew the ground, and severed heads are fallen on the dust of the battlefield.

O Lord!  Have pity on these ignorant ones, and look upon them with the eye of forgiveness and pardon.  Extinguish this fire, so that these dense clouds which obscure the…

between light and air

Just having a bit of a break
from the hustle and bustle of social media
to day dream
walk and write.

Friends if you need to contact me please phone
or email if it’s urgent.
Just need a little more thinking space.

Blogging pals, you can leave a message and
I’ll answer when I can.

Keep up your wonderful blogging, art, writing, sharing, social
awareness, piboidmo and all that you do.

Wishing you all the best and I will be back
when I’ve recharged
and renewed my energy.

Quddús, the Forever Youth laughs:
“So along came they
to tear down My grave
and Me up along with it.
I wish I had a hundred such plots
so that they could desecrate them all.
I’d say, ‘Look, there’s the hundred and first!’
and off they’d scurry to dig that one up too.”
And then He laughs again.

But I know that place whereof He speaks.
It is a place of mystery
yet a spot of sweet clarity,
the conundrum at the crux of a knot.
There the worldly are lost,
the dead live on,
and the living, while living, are yet dead.
It whispers: how do I empty the blood
from my veins so that His flows there, instead?